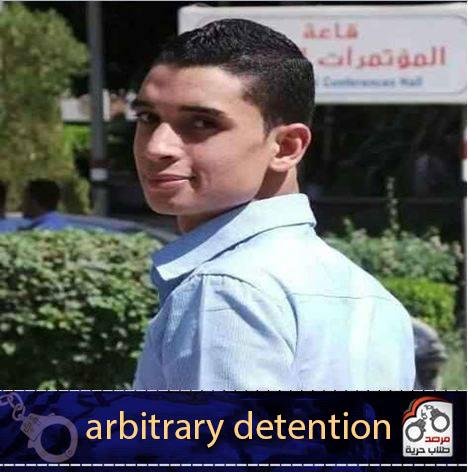 He was going to take an exam, but he was taken to an unknown place.

This is considered a blatant violation to all international laws, conventions   and the articles of the Universal declaration of human rights and liberties that criminalized arresting or sending any one to exile arbitrarily as well as it guaranteed every student’s
right for liberty and dignity