Renewing suspension of a student in the University of Al Mansoura 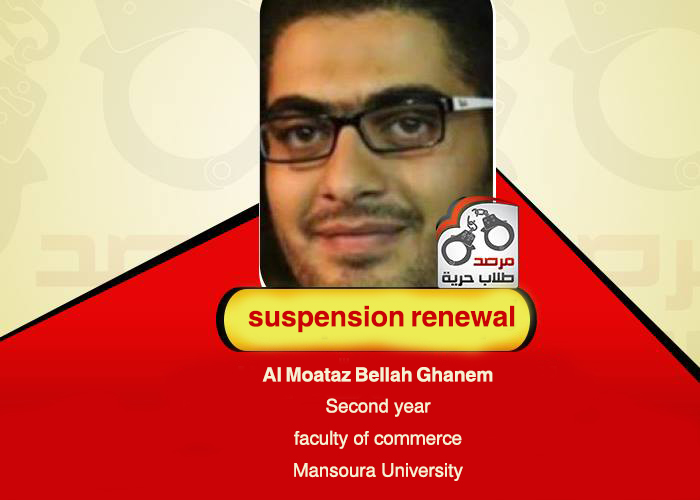 Al Moataz Bellah Ghanem has been stated to stay in prison for extra 15 days as per the decision of prosecution of the first police department in Mansoura. Al Moataz is a student in the second year in the faculty of commerce, Mansoura University.

Worth mentioning that the student has been arbitrarily arrested in the 7th of Last October then he was coercively hidden for 3 weeks as he was exposed to systematic torture through the period of hiding him. Also, the student sent a message from his prison telling about the details of torturing him and that means to force him to confess that he killed the son of the advisor “ Mahmoud El Sayed El Marly”.

He was exposed to false prosecution to record the details of torturing him then he discovered that his sayings weren’t recorded and it was a mere new invented way for psychological pressure.

He was exposed to the prosecution on the 3rd of November when he was accused with belonging to a terrorist illegal group, hindering the constitution, targeting policemen and army and burning police cars.