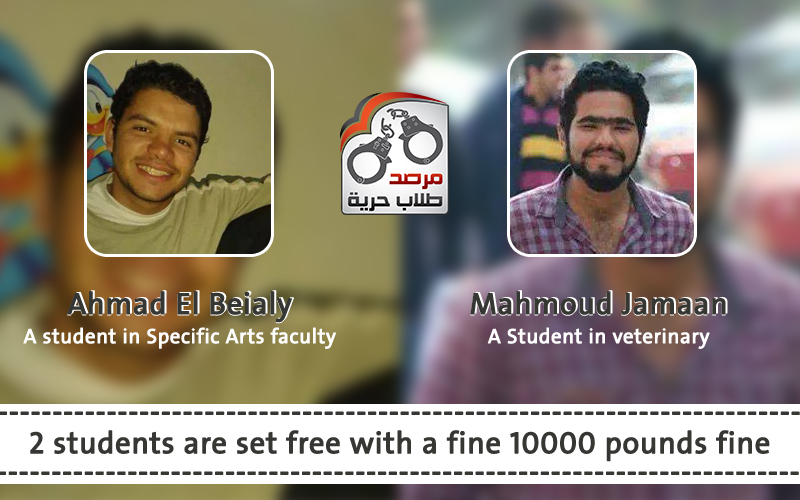 Earlier on the 18th Jan 2015, the misdemeanor court of Mansoura decided to get each of them to pay 10000 pounds as a fine.

Worth mentioning that the 2 students were illegally and arbitrarily arrested at the beginning of the last July. The prosecution accused them with many charges including belonging to a group founded illegally and hindering the road. These were the charges that the misdemeanor court decided to get them to pay the fine.