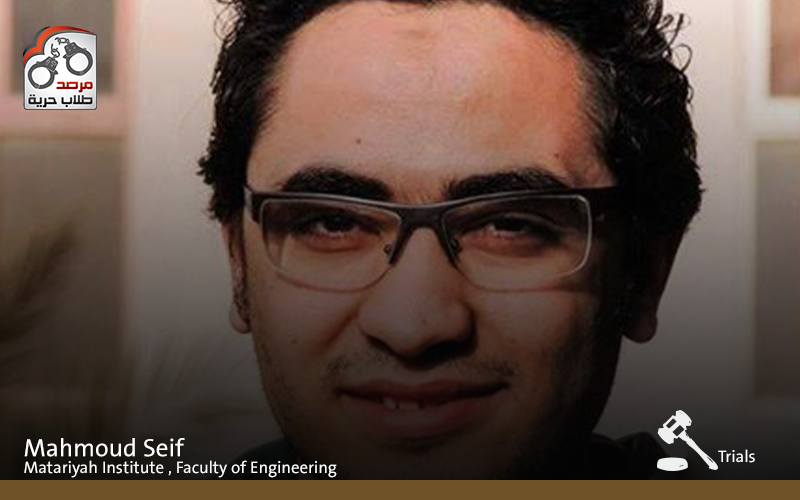 The Criminal Court headed by judge “Nagy Shehata”,decided on Wednesday 29/07/2015 to postpone the trial of “Mahmoud Seif,” engineering student in Matariyah University , to 16th of Aug session.

It is noteworthy that the security forces had arrested the student arbitrarily on February last year from an ambush in traffic, to be held later in Tora prison, and was accused by the public prosecutor of several charges of the most important belonging to an outlawed group, and now his case is on trial.

Nearly a year and a half of the student imprisonment during that period multiple violations against the student was taken place in his cell, which led him to engage in a hunger strike on 20th of September, in protest of the ill-treatment, as less right can be of a detainee obtained as guaranteed by law and the Constitution, and which stipulated in article (55), which came stipulating that: “All of the arrested, or imprisoned, or restrict his freedom be treated in a manner that preserves the dignity and may not be tortured, not intimidating, not compelled, not harmed physically or mentally.”