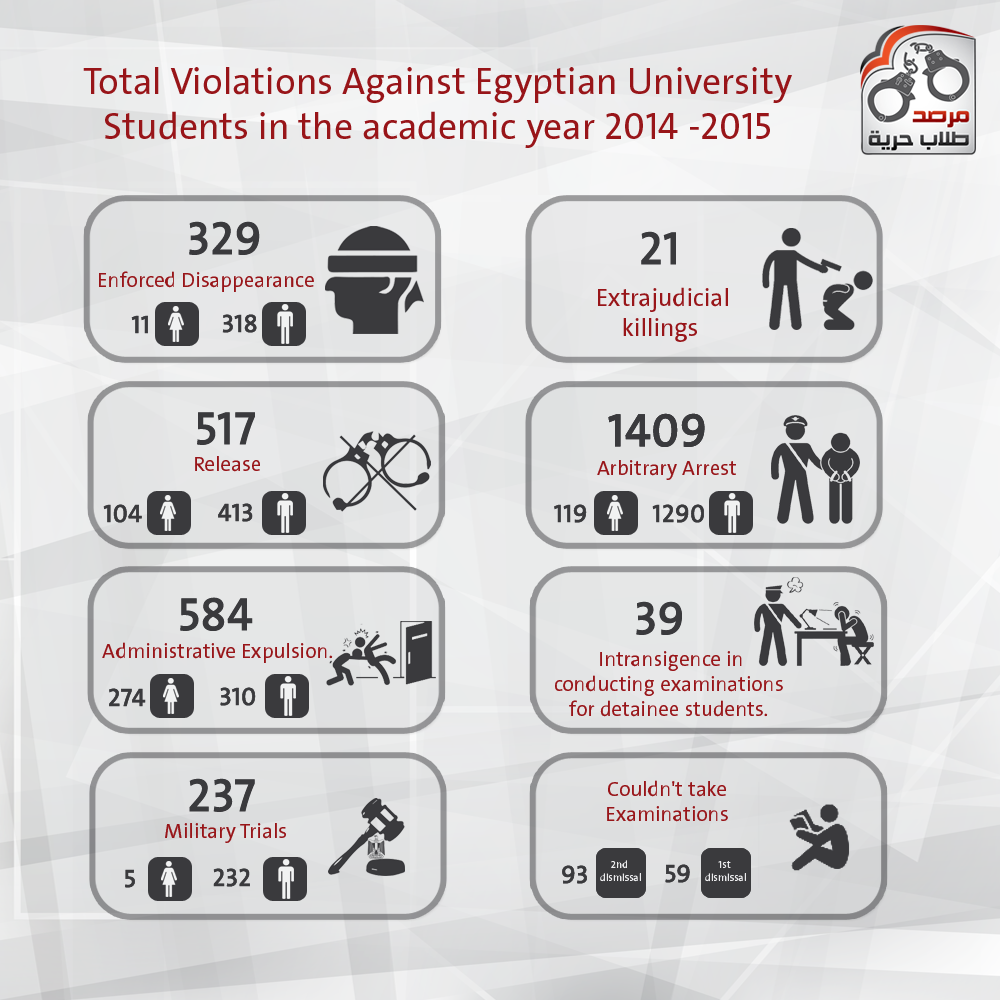 Several Violations by security Forces and the current authorities committed against students in Egyptian universities during the academic year (2014-2015), starting from arbitrary detention, which is not based on law, and even extrajudicial killings, as part of our quest to detect any violation against students rights , we “freedom seekers monitor” monitored and document many cases of students who were subjected to violations of the Egyptian security forces, and then we documented it exclusively in whole.