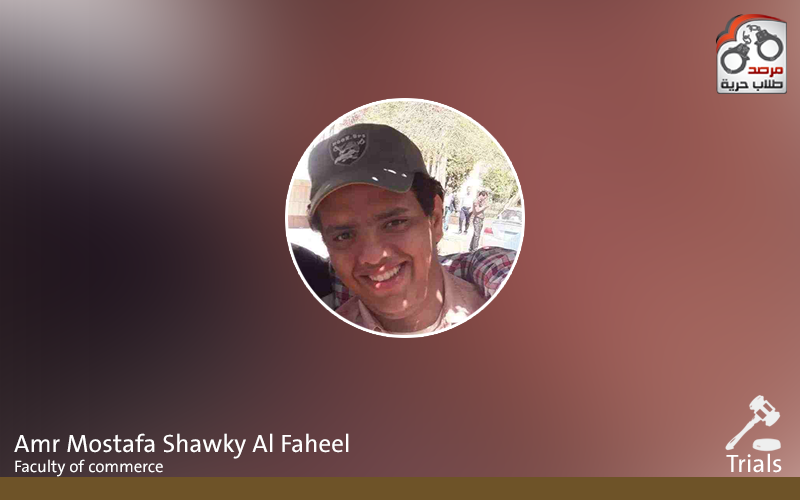 Mansoura Criminal Court ruled on Saturday 05/09/2015 to postpone the retrial for”Amr Mustafa Shawki Alfeheel ” third year student at the Faculty of Commerce, for 17/10/2015, on the charges against him in the record Case No. 1256 to 2014  of belonging to an outlawed group, demonstrating without a permit, and inciting riots.

States that the student had been arrested in the sixteenth of April of last year, to start a trip between the walls of the prosecutors and the Egyptian courts, where the student  sentence provisions in two cases and two other cases, one issued from Mansoura Criminal Court on May 18, 2015 sentenced the student to seven years in well-known media case known as”Burning Motorcycles of the administrative security”,and the other case which is issued by a military court of imprisonment for 7 years and 100 thousand pounds fine and 5 years under supervision, in the case known in media as ” 16th of April Events’.