Delaying the trial for 2 Helwan students for 3 months. 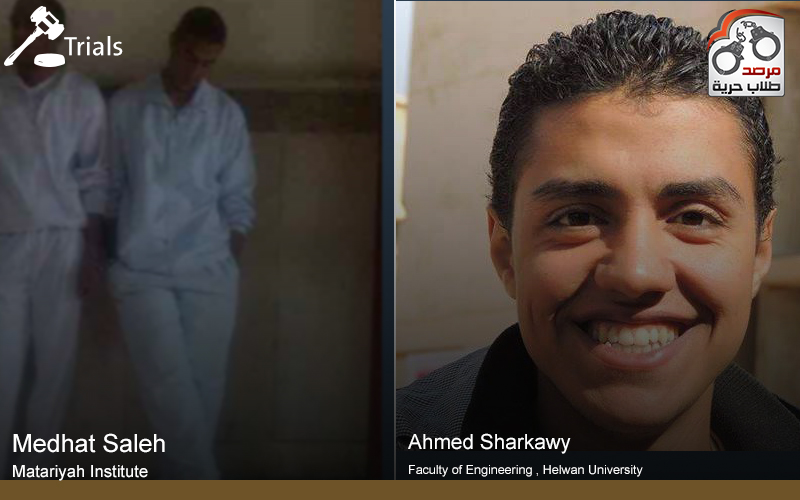 Zeinhom court decided yesterday 27/10/2015 to delay the trial session of 2 Helwan students; Ahmad El Sharkawy, the student at the faculty of engineering, Helwan University and Medhat Saleh, the student at Al Matareya institute to next session on Thursday 22/2/2016.

Worth mentioning that the 2 students were illegally and arbitrarily arrested from the University campus when a University security member handed them to security forces. The student Ahmad El Sharkawy was forced to admit that he had weapons and fireworks that he kept in the office of the previous dean of the faculty who is arrested as well more than a year ago in scaping from Wady El Natroun prison.

After they were kept in custody they were arrested then they were provided to trial on 21 March 2015 that decided to delay the trial 3 months. These violations against the 2 students are against Universal declaration for human rights and international human rights laws.