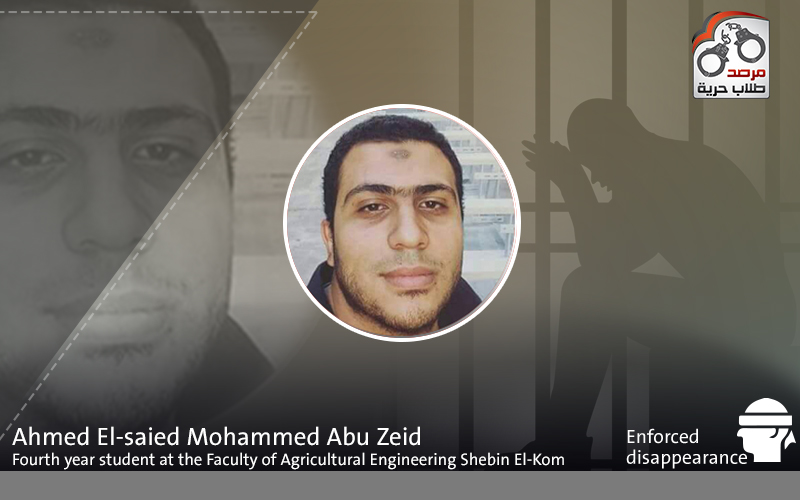 On September 9, 2016 at 9 Am, Security forces arrested, “Ahmed El-Saied Mohammed Abu- Zeid” fourth year student at the Faculty of Agricultural Engineering in Shebin El-Kom University and led him to an unknown destination.

According to the student’s family that he had been arrested while returning from Tanta locality. He was arrested in an ambush in Tanta. The family said that they did not know where he had been sent many Telegraphs to the Attorney General and Minister of Interior but they did not receive any respond yet.

The family holds the Egyptian Authority and its security forces the full responsibility for its son’s life and his healthy. It also demands to present him to the prosecutor, and it expresses concern about subjecting him to any torture to force him to confess to charges he didn’t commit.