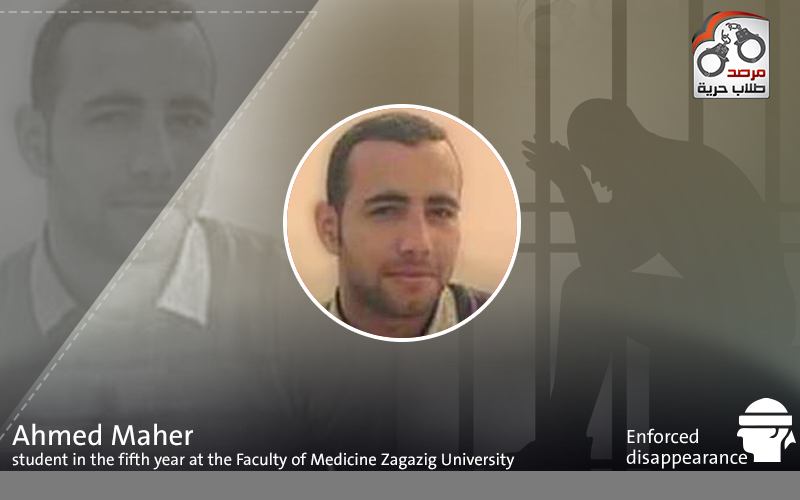 For twenty eight consecutive day, security forces continue to hide the place of detention of “Ahmed Maher”. He is a student in the fifth year at the Faculty of Medicine at Zagazig University. Egyptian security forces arrested him on Wednesday, September 21, 2016 during leaving his University.

The family holds the Egyptian Authority and its security forces the full responsibility for its son’s life and his healthy. It also demands to present him to the prosecutor, and it expresses concern about subjecting him to any torture to force him to confess to charges he didn’t commit.