Arresting a student in Souhag university for 15 days 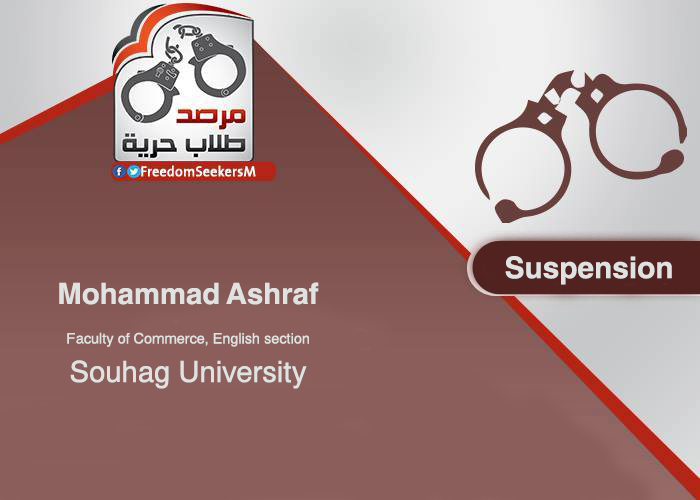 Mohammad Ashraf El Sayed was stated to stay in Prison for 15 days for extra investigation as per the decision of the prosecution on 24th, Jan 2015.

Worth mentioning that the student was illegally and arbitrarily arrested. He was exposed to hiding from the day he was arrested in, on 22nd Jan 2015. This action is considered illegal according to the Egyptian law that criminalizes hiding anyone more than 24 hours and the necessity of accusing him with the charges within 24 hours.

He just appeared today in the security forces camp in Souhag and he was accused with the charges: belonging to an illegal group and demonstrating without a permission. Then he was stated to stay in prison for 15 days for investigation.