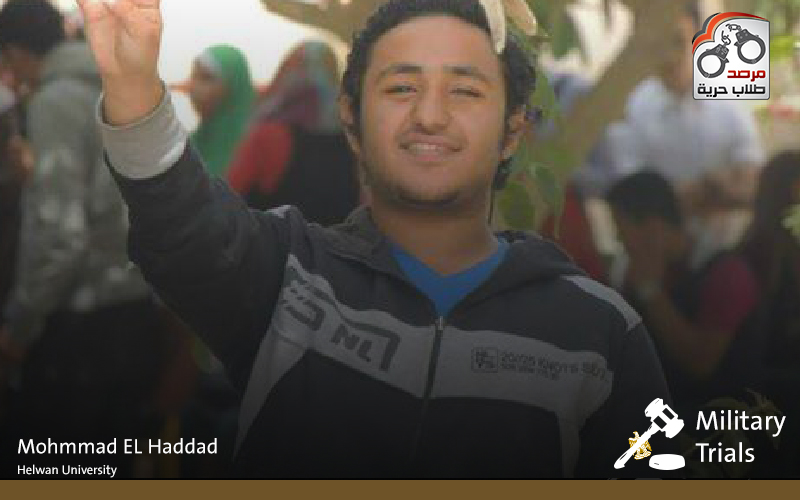 Military Court ruled on Wednesday 8/4 \ 2015, to postpone the trial of  “Mohammed Al-Haddad,” a student at the Faculty of Engineering, Helwan University, for 29th of April.

Recalling that the student had been arrested arbitrarily in violation of the law,  on Wednesday, 09/07/2014, where he was presented to the public prosecutor on several charges including: belonging to a banned group founded against the law, then he was remained in custody until the investigation was referred to the military court ,  on Tuesday, 02.03.2015.