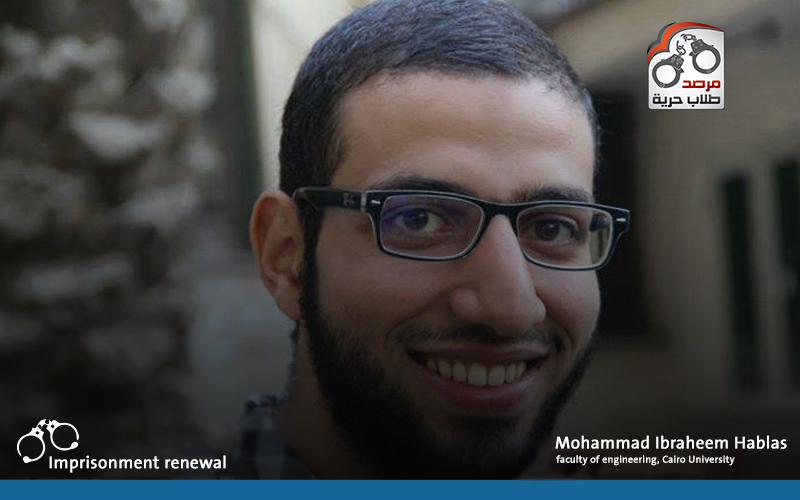 The public prosecution decided today 10/4/2015 to renew the imprisonment for Mohammad Ibraheem Hablas, the student in the third year, faculty of engineering, Cairo University for 15 days for investigation.

Worth mentioning that the security forces arrested him illegally and arbitrarily on 24/3/2015 then he was forcibly disappeared for 3 days until he appeared in Boulak police office where the prosecution accused him of belonging to a banned group and demonstrating without a permission.