Trial session is delayed till next May 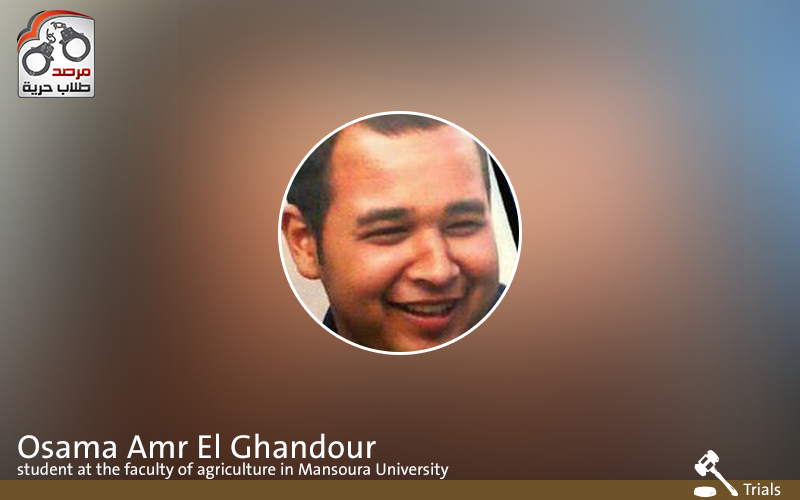 Felonies court in Mansoura decided today to delay the trial of Amr Osama El Ghandour, the student at the faculty of agriculture, Mansoura University, to the session on 18/5/2015 for saying the sentence.

Worth mentioning that the student was illegally and arbitrarily arrested on 18/2/2014. The faculty’s intransigence hindered his graduation project; so, he had to repeat the year again. Prosecution accused the student with provoking riots, belonging to an illegal group, then he was referred to the felonies court and detained in Gamasa prison.