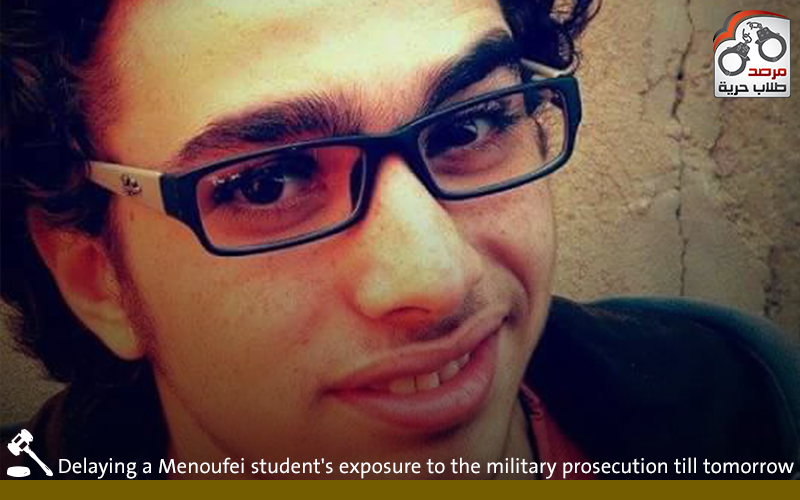 Worth mentioning that the student was sentenced to 5 years from the Haixtep court on Tuesday 14/4/2015. The student was accused with exploding the high duty towers before he is arrested on the 15/4/2015. He was forcibly disappeared for 10 days until last thursday when the public prosecution decided to refer him to the military prosecution.