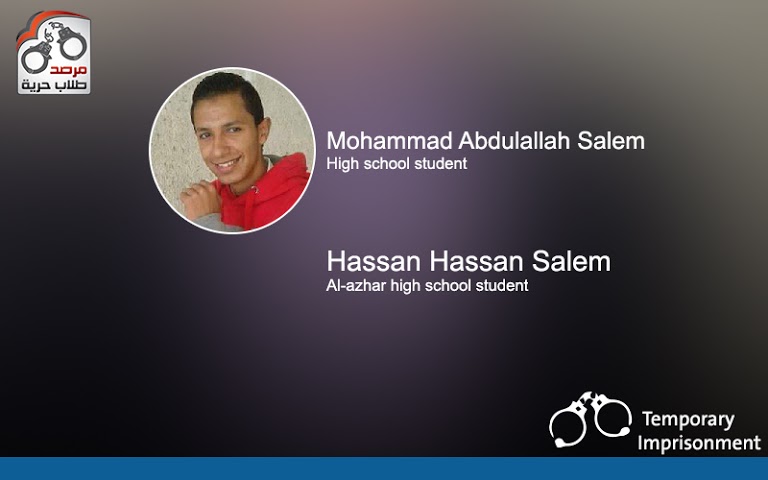 - Decided on behalf of “Desouk” Kafr El-Sheikh governorate yesterday Tuesday 05/28/2015 to remain in custody  for a period of fifteen days to two students at the secondary level, who are “Mohammed Abdullah Salem” public secondary school student, and”Hassan Hassan Salem,”  second grade secondary Azhar student.
Recalling that the students was arrested on the evening of Sunday, 26th of April from a public road in the village of “Kfar Maggar” – Desouk center, contrary to the prosecution story that says that they were arrested for demonstrating without a permit, which got them jailed pending investigations.
The student was arrested by the security forces without a judicial or permission from the Public Prosecution contrary to Article “54” of the current Constitution.