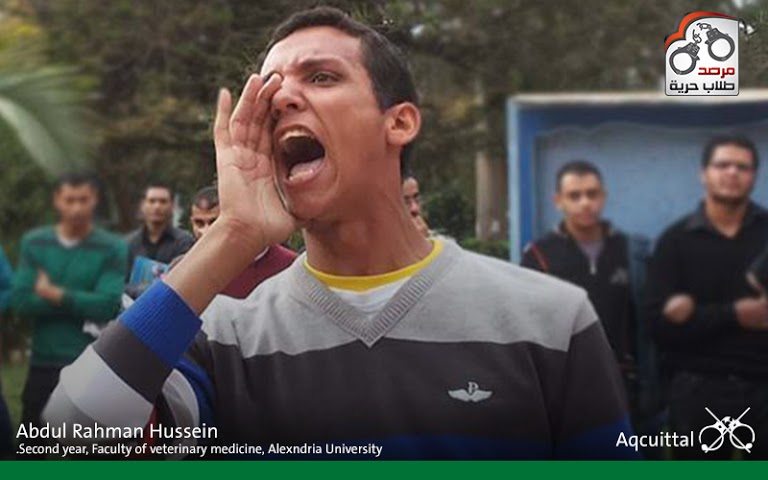 Montazah misdemeanors court ruled on Tuesday 04/28/2015 the innocence of  “Abdul Rahman Hussein,” second year student at the Faculty of Veterinary Medicine, Alexandria University of the charges against him, and was released on Thursday, 04/30/2015.

Its Worth mentioning that the student was arrested on Sunday 8/3/2015 as he was arbitrarily hidden for 5 days where he met a lot of torture in the bad reputed place “fourth floor slaughterhouse” the fourth floor in Alexandria security campus. The thing that violates all laws and documents that criminalize torturing, humiliating and cruel treatment even if he was detained.