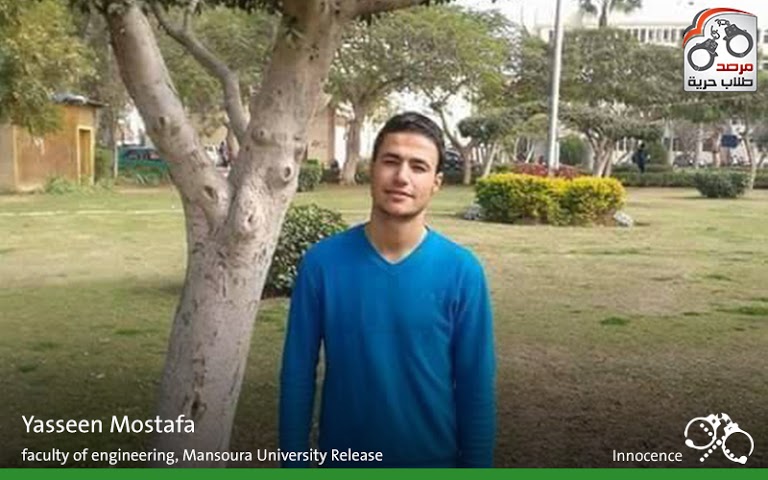 Monia Elnaser appeal court ruled yesterday Thursday 05/14/2015 the innocence of “Mustafa Yassin,” 1st year student,  Mansoura Engineering, after the acceptance of the appeal on the verdict against him of one year imprisonment.
The misdemeanor court had ruled on Wednesday 06/05/2015 to imprison student for a full year on several charges, including: demonstrations, rioting, and belonging to an outlawed group, after he was arrested arbitrarily in violation of the law and the articles of the Universal Declaration of Rights and Freedoms on 12.3 2015, after storming his house by security forces, to be held later in the Department of Talkha, and then transmit to a misdemeanor court in the twenty-fifth of April.