Imprisonment renewal for 3 students in 6 of October 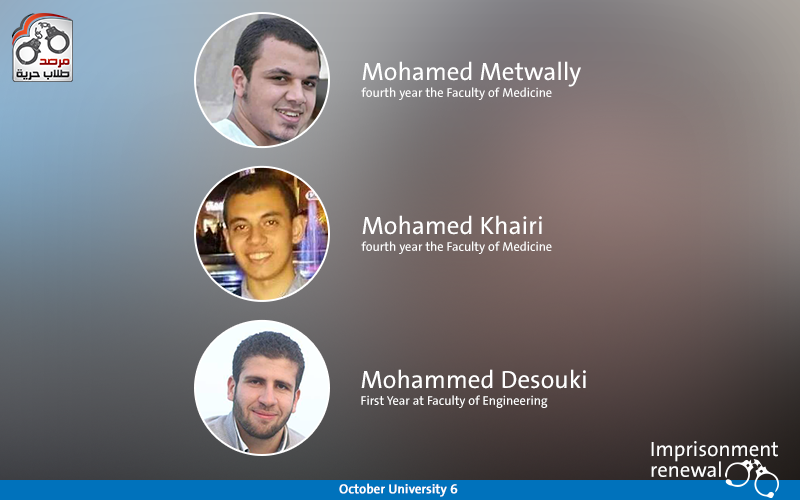 The students were arrested from their house in 6th of OCtober and the prosecution decided to keep them in custody until they get the results of the investigations of the national security. Students were accused of trying to kill the officer of the first police office in October, colonel Mohammad El Daramally, and the head of the information, Ahmad Negm, who were injured with bullet birds throughout adjourning one of the demonstrations in the city.
Students were illegally arrested as there were no prosecution order or judicial justifying request.