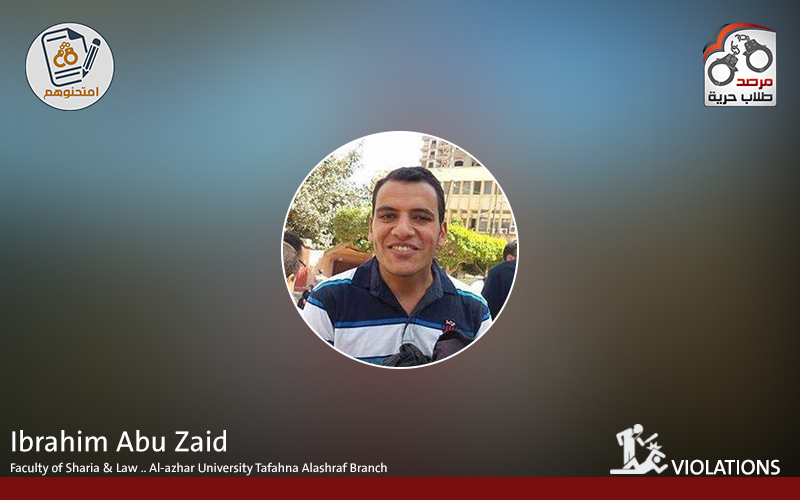 Abu Hammad police station managed by the Eastern province prevented the student “Ibrahim Ahmed Mohammed Abu Zeid,” a student at the Faculty of Sharia and Law at Al Azhar University Tafahna Al-ashraf branch, and the head of the students union,  by not deporting him to Mansoura prison to attend his exam, where the student is in Wadi Natrun prison carrying out his military jail sentence of five years.

Worth mentioning that the student was illegally and arbitrarily arrested from one of the streets in Abo Hamad after he stayed in custody with the charge of belonging to a banned group, cutting through the road, Abo Hammad prosecution referred the case to the military court on 16/1/2015 as a continuity to the suppression against students that violates item 97 of the Egyptian constitution that says” Fair judgement is guaranteed for everyone with his civil judge, and exceptional trials are banned”