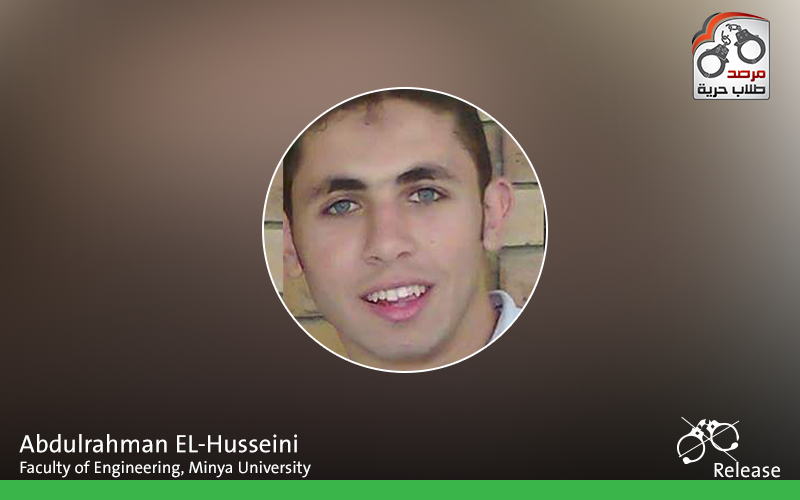 Arbitrary detention, criminal trial, acquittal, temporary imprisonment then release, this is how AbdulRahman El Husseiny, the student in the faculty of Engineering, Minya University, spent the last 10 months of his life. The prosecution decided to release the student on the 4/5/2015 though the decision was applied on the 7/6/2015.

The student was arrested in August 2014 when the prosecution accused him of burning the car of the “Saaeed” TV channel
, belonging to a terrorist group, urging on violence but the misdemeanor court acquitted him of all these accusations. On the same day of acquittal, the prosecution accused the student of other accusations such as burning electricity towers, then the student was released on 30/4/2015 with 3000 fine.