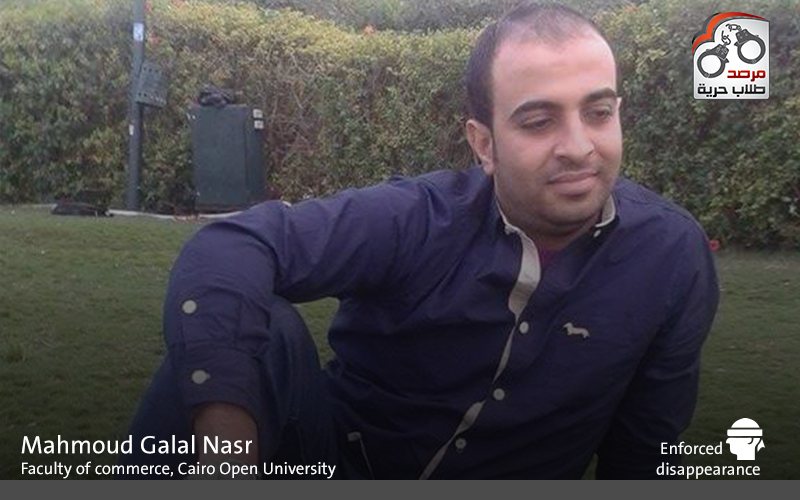 Security forces stormed the house of Mahmoud Galal Mohammad Nasr, the student in the faculty of commerce, Cairo University, open education section. The student was arrested, and everything in the house was destroyed plus they had stolen all his personal belongings and money.

Though he is disappeared, his family received news that he is being tortured severely and he lost one of his eyes in order to admit some accusations including killing a police man. Kidnapping the student is a serious violation against human rights and the Egyptian constitution, article 58 that say that houses has their privacy and it is not allowed to storm them, fetch them or observe them without a judicial reason.

In the observatory we condemn such repeated violations against Egyptian students. Also, we demand revealing where the student is and announce that the regime bears all the responsibility for the student’s health and safety.