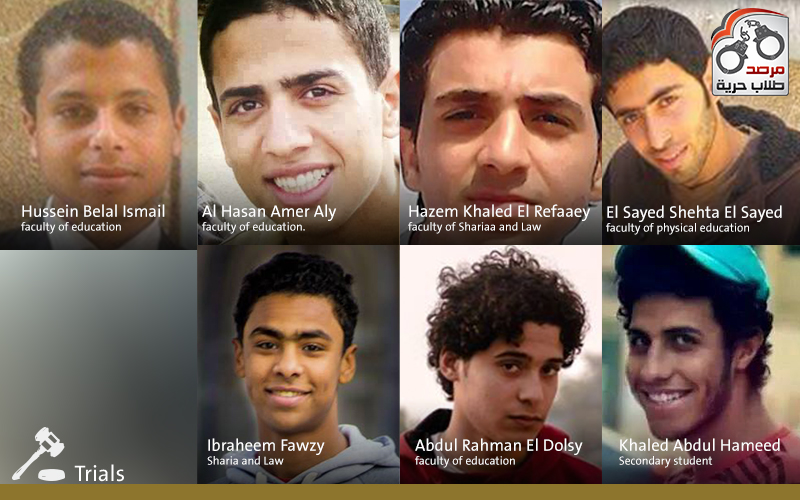 Mansoura Criminal Court ruled yesterday Monday, June 15, 2015 to postpone the trial of six students at the University of Al-Azhar branch Tafahna Al-ashraf  and another high school student for next Wednesday 24th June hearing ,the names of the students were as follows:

Khlaed was arrested in front of his school in Sahreget in Meet Ghamr where he was put in a place called the “fridge” specialized for torturing. we had news from the student’s family that he lost the ability to talk and he keeps trembling due to the continuous exposure to electric shocks. Also, he was given wrong medication and the prison management told the doctor that they are going to leave him like that till death.

The prosecution accused them of many accusations such as gathering a terrorist cell explodes and cuts through the roads.

We condemn such violations against students and we demand a fair civil trial for them, look for their future and to waste years of their age in vain.

What students were exposed to is absolutely against the principles of human rights that state that every detainee has to be dealt with humanity and respect.