Pharmacy Student in Bani Suef Died due of poor health care in the university hospital. 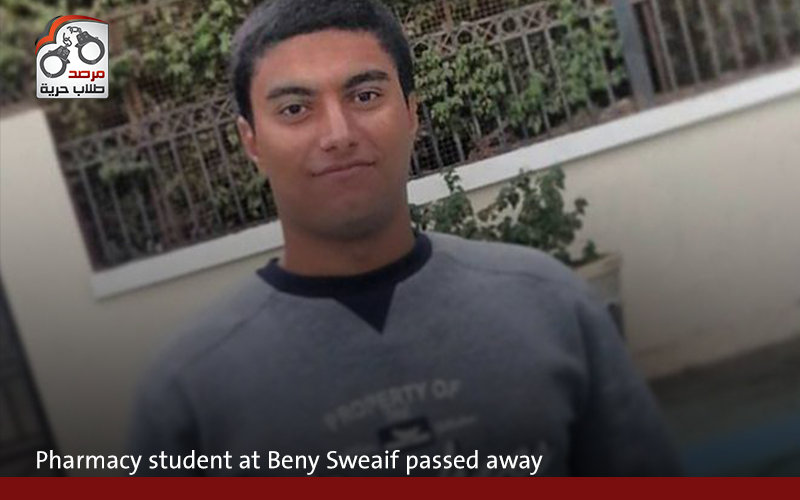 Nearly sixty days of detention in the university hospital in the town of Beni Suef under heavy guard from the security forces, and poor health care , “Islam Rajai” second year student at the Faculty of Pharmacy – Beni Suef University, was pronounced dead on Tuesday afternoon 23-6- in 2015, after the severe deterioration of his health as a result of negligence, to catch four of his companions who were killed after an incident at  eastern Nile and known in the media as “the bombing of Sanoor.”
In Bani Suef province in late April a huge explosion killed four people and they are:
1. Hanafi Azim Abdul Latif – Bachelor of Science.
2. Hossam Badr Marzouk – a civil engineer.
3. Hassan Mohamed Hamdi.
4. Suhaib Marzouk – second year student at the Faculty of Engineering, which his body was not recognized till the fourth of May, where the entire body was deformation.
It did not survive the incident only student “Islam Rajai” suffered serious burns and were taken to the university hospital.
Stories have been conflicting regarding the cause of the explosion, where Maj. Gen. Mohammed Abu Talib – Security Directorate Director of Beni Suef, said in a press statement, that the four dead belonged to the Muslim Brotherhood, has fallen as a result of blast bombs were they were at weapons store, and that security forces found an explosive barrels at the scene.
While the people of the student and his companions said they were hunted down inside a poultry farm on the Cairo – Beni Suef eastern desert, where security forces stormed the farm and has dropped a bomb on them after they failed to arrest them.