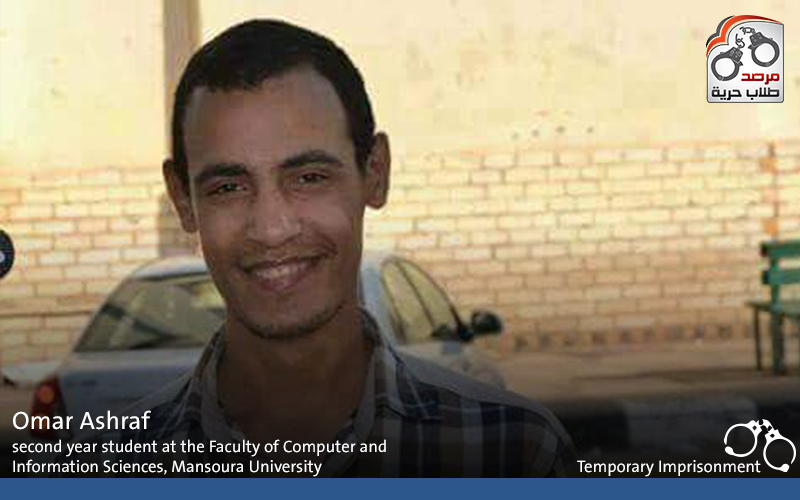 Student was arrested illegally and arbitrarily on 16/6/2015 after taking his exam. Arresting the student violates the 54th article of the Egyptian constitution that states that it is not allowed to arrest anyone, imprison or go against his freedom without a justifying judicial order.