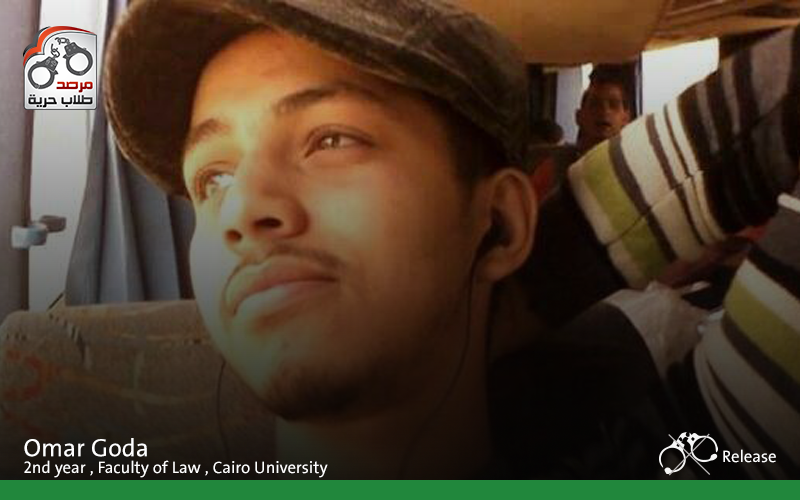 After nearly a year of his arrest, it was decided on behalf of Giza courts on Thursday 25/06/2015 the release of “Omar Gawda”, second year student at the Faculty of Law, Cairo University, and that on his pending case and financial bail of 1,000 pounds, despite the prosecutor’s decision to release the student for more than 10 days, but he has not been released,till yesterday evening Sunday 07/06/2015, which is a violation of the law.
The student had been arrested arbitrarily, contrary to the law from Cairo campus after his exams of the first semester of 2013-2014 year exams, specifically on Sunday, 12/01/2014, where he presented before the Public Prosecution and accused of several charges notably: theft of a weapon cartridges, cutting the road, and injuring an officer with a second-degree burns, and took the decision to remain him in custody which lasted nearly a year and a half, until the decision was made to release him this month on June.