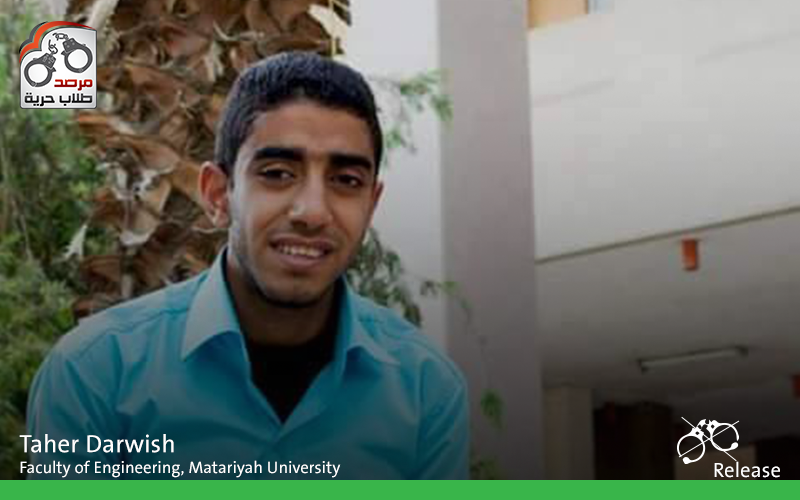 The security forces in 6 october city released “Taher Darwish” student at Mechanics Department of Cars – Matariah Engineering institute , in implementation of the decision of the public prosecutor ordered his release on bail on his pending issue with 10,000 pounds.
Recalling that the student was arbitrarily arrested at dawn on July 13, 2015 from his home and taken to the Department of second October, and its the first time that he is being held in, where he was subjected to such violations on two previous occasions in the end of 2013 to remain in custody until he was released in February 2015.