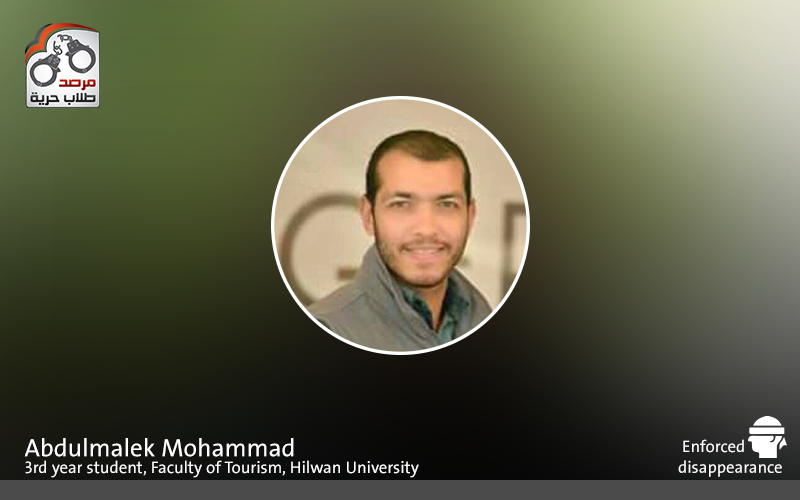 While current authorities refuse to reveal where the student is, security forces keep arresting him since 9/7/2015 which is considered enforced disappearance. Abdul Malik Mohammad, the student in the first year, faculty of tourism, Helwan University.

In Freedom seekers observatory, we condemn such violations against students, we put all the responsibilty on the shoulders of the Egyptian government regarding the student’s safety. Also, we stress on the fact that these actions violate the international agreement for protecting individuals from enforced disappearance that stated in the first article that it is not allowed to make an excuse of an exceptional state such as war, war threat or internal political instability to justify enforced disappearance.