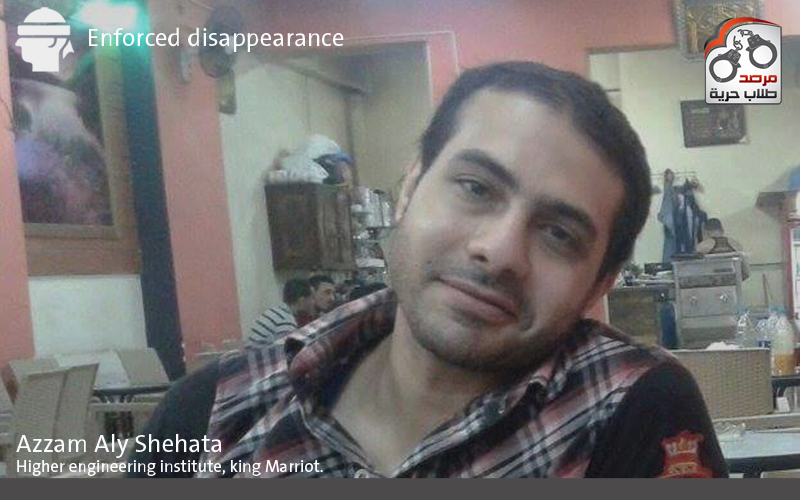 A new violation to be added to the endless series of violations committed by Egyptian authorities against students. Security forces arrested Azzam Aly Shehata, the student in the higher institute for engineering King Marriot, and led him to an unknown place until now.

This violation is against the 54th article in the current Egyptian constitution that stated that personal freedom is a granted right and it is not allowed to arrest anyone unless caught in a criminal action. They have to let his family and lawyer know where he is and investigate him in 24 hours.