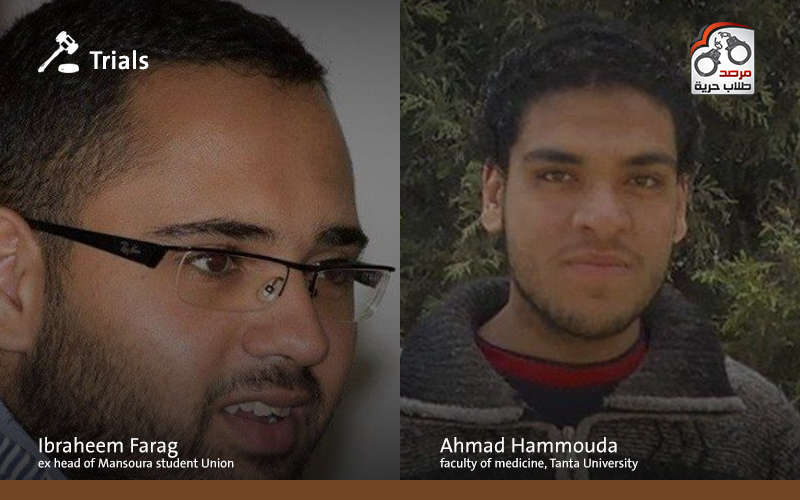 Department of Qasr al-Nil circle Cairo Criminal Court ruled on Tuesday 07/28/2015 to postpone the verdict on “Ahmed Hamoud” third year student at the Faculty of Medicine, Tanta University, and “Ibrahim Faraj” graduate of the Faculty of Veterinary Medicine, and former president of the Union of Mansoura University students,to the fifth of next September session.

worth mentioning that the 2 students were illegally and arbitrarily arrested around the US embassy in Cairo then they were beaten by bullies where the prosecution accused them of belonging to a banned group and starting killing then they were detained for investigation until they were referred to felonies court then the trial session gets delayed for the second time.