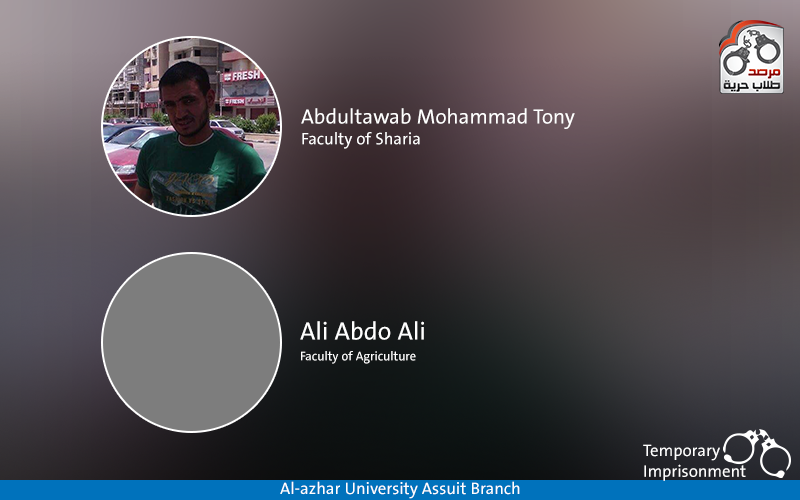 Stateing that the student “Abdel Tawab Mohammed” was arbitrarily arrested against the law from the Examination hall on 27.5.2015, and it was reported by the student friend that he sent him a massage stating that two men are following him since he left the examination hall before his disappearance, also mentions that the student “Ali Abdo ” had been arbitrarily arrested by security forces on Saturday, may 23, 2015,the two student were forcibly hidden date  until the day of submission to the public Prosecution, and is currently being detained at The first Department of Assiut.