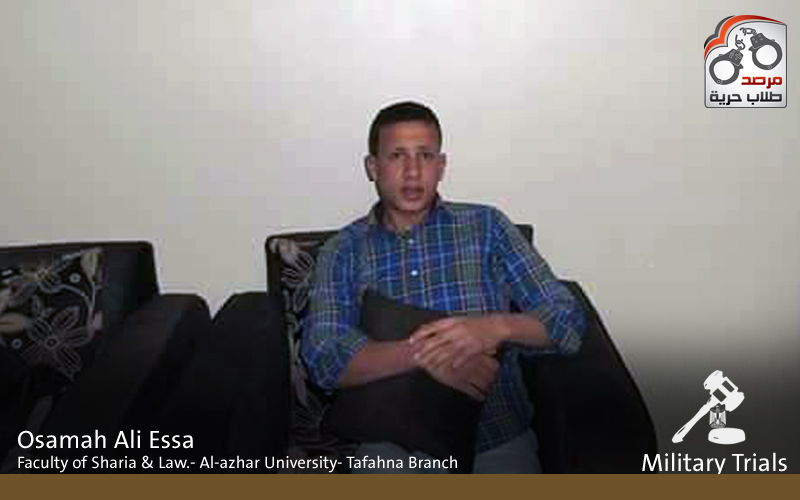 Mansoura military court ruled on Thursday 30/07/2015, the imprisonment of “Osama Ali Issa” first year law student – Al-Azhar University tafahna branch for a period of five years, in the case known as “Ahrar Gafsa” issue, and a number of charges, namely: joining a banned group , disturbing the public peace, and possession of publications and fireworks.
It is noteworthy that the security forces had arrested the student arbitrarily against the law on Tuesday, 5/27/2014, and is constantly renewing his detention until he was referred to the Military trial on Wednesday, 04/02/2015.