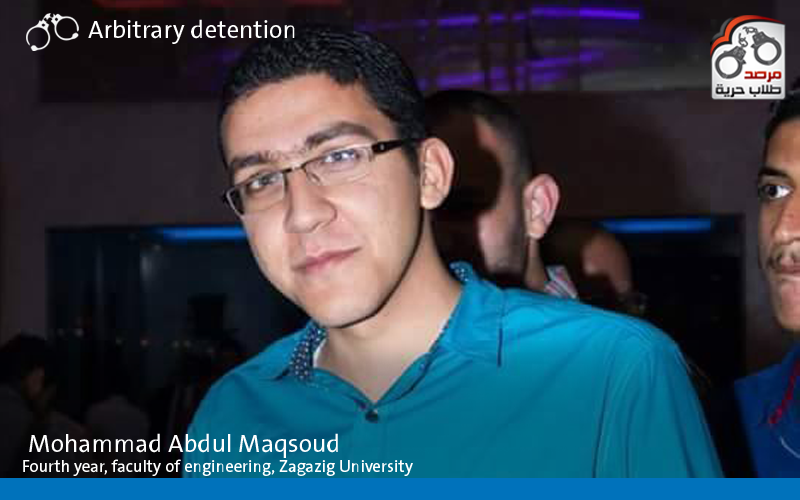 A new violation against Egyptian students, Mohammad El Sayed Abdul Maqsoud, the student in the fourth year, faculty of engineering, Zagazig University was arrested on 14/8/2015.

We had news that the student is detained now in Zagazig police office and he hasn’t been exposed to the prosecution yet. Student was sentenced 5 years in case number 2013/3557 felonies and he is accused in case number 4100/2015 Zagazig felonies.