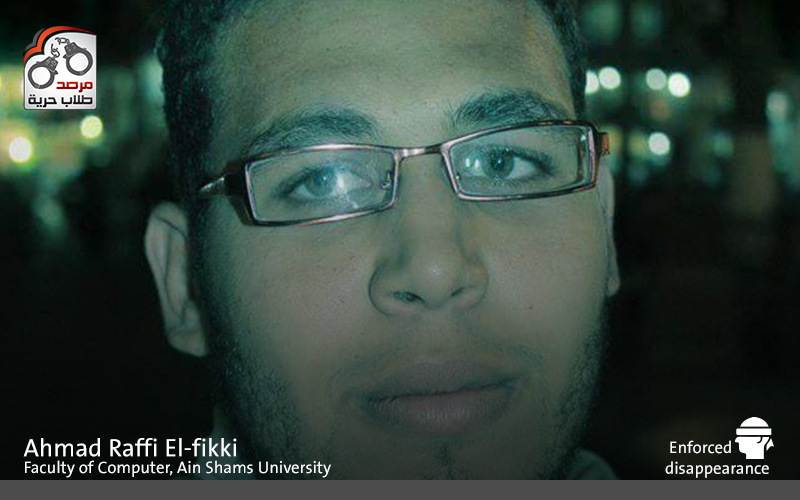 at Faculty of Information and Technology at Ain Shams University for the 39 straight day.

Security Forces broke down his flat, where he used to live with his friends and arrested him in a way

that violates law on Saturday 11/7/2015. His place is not known until the moment, even for his family.

Police Head, in addition, they search for him in each police station, but all in vain.

“Freedom is a normal right and it is preserved cannot be touched, unless under the case of flagrante.

No one should be arrested, inspected, restricted or deprived from his liberty, unless by a casued

judgmental order which requires investigations. Whoever is restricted should be informed of the

reasons for his detention. He has the right to call his family and his lawyer and should be investigated

within 24 hours. He should not be investigated unless in the presence of his lawyer. In case he has no

lawyer, a lawyer should be commissioned to him.”

As a result, we Freedom Seekers Monitor repeat our call to the security and judgmental foundations

release him. We put the complete responsibility of his safety and health in the hands of tbe security

forces, as there are some news that he is being tortured to give informations and to admit some