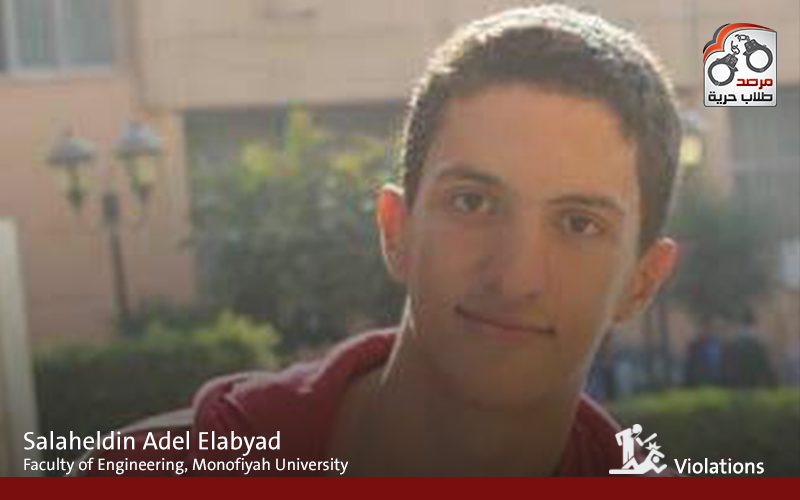 - Despite the provision of laws and the rights of prisoners and the right to seek treatment, but “Shebin” prison management in Menofia refrains to allow the transfer of  “Salah al-Din Adel Elabyad , a student at the Faculty of Engineering – Menoufia University, for treatment in the Hospital University Despite the recommendation from the Prison Doctor.

Stating that the student’s health deteriorated as a result of rupturing a tendon in his left knee because of exposure to severe torture during his force disappearance at the State Security Investigations building as stated to us,also the intransigence of his transfer came from the administration and the Prison Service as his family says, also the rejection from the National Security.

We are also in freedom Seekers Observatory condemn the continued neglect of the student life and suffering and the intransigence of the treatment in specialized hospitals equipped for that, as we held responsible the prison the student’s personal and physical safety.