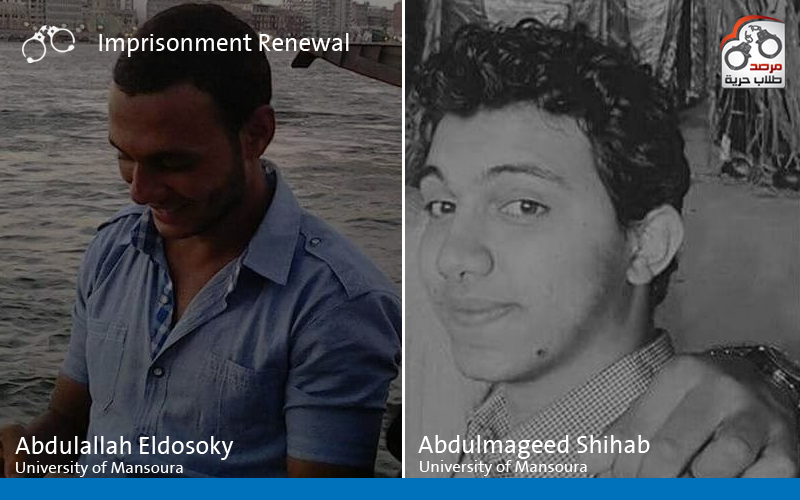 Almansoura prosecution kept renewing the temporary imprisonment of the two primary engineering students “Abdullah Aldesouky” and “Abdulmajeed Shihab” who are enrolled at Almansoura university. The prosecution renewed their imprisonment for 15 days and that decision came on Saturday 22/8/2015.
It worth to mention that the two students were arrested from one of Almansoura city streets on Monday 29/6/215, where they were led to the Almansoura first police station. After that, they were exposed to the prosecution, which accused them with; protesting without permission and belonging to a banned group which was founded in a way violates the law. Then they were imprisoned under investigations in the Almansoura first police station.