15 days Imprisonment for a Tanta student 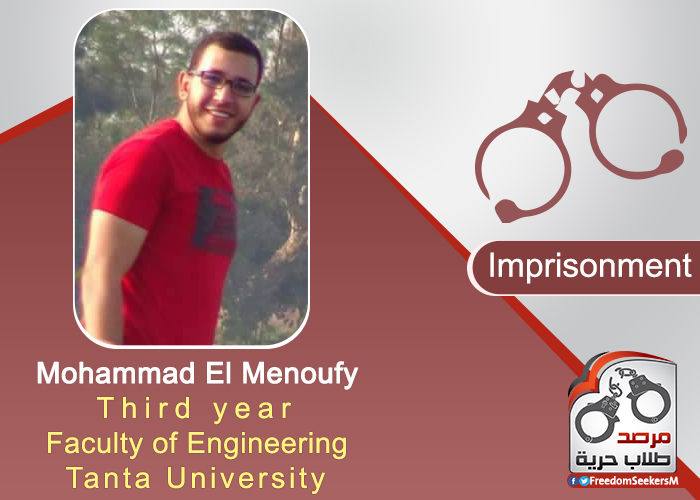 West Tanta prosecution decided today 26/2/2014 to Imprison the student in the third year, faculty of Engineering, Tanta University for more investigation in the charges they accsued him with.

Worth mentioning that the student was arbitrarily and illegally arrested on Wednesday 18/2/2015 after the end of a demonstration protesting against the current regime. He was arrested by unknown people who handed them to the University Security members who exist in the University campus.