Arbitrary detention of a pharmacy student 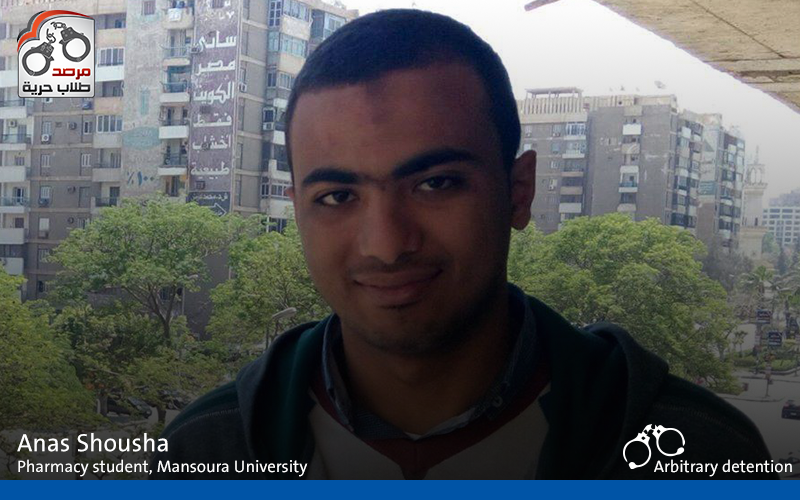 “It is forbidden to arrest or exile any human being.” this is what the ninth subject of the Universal

Declaration of Human Rights states, which was completely violated by the Egyptian security forces as

they arrested the student Anas Shousha who is enrolled in faculty of pharmacy, Almansoura

University, yesterday night, 28/8/2015 as they led the student to unknown place either for his family or

constituion which stated that “Freedom is a normal human right, it is preserved cannot be touched

unless under the case of flagrante, no one should be arrested, inspected, restricted or deprived of his

liberty, only after a caused judgemental order, which require investigations. Each arrested individual

should be informed of the reasons behind his detention, aware of his rights written, enabled to contact

declared violations of all the international charts. We also call the current authorities for releasing all