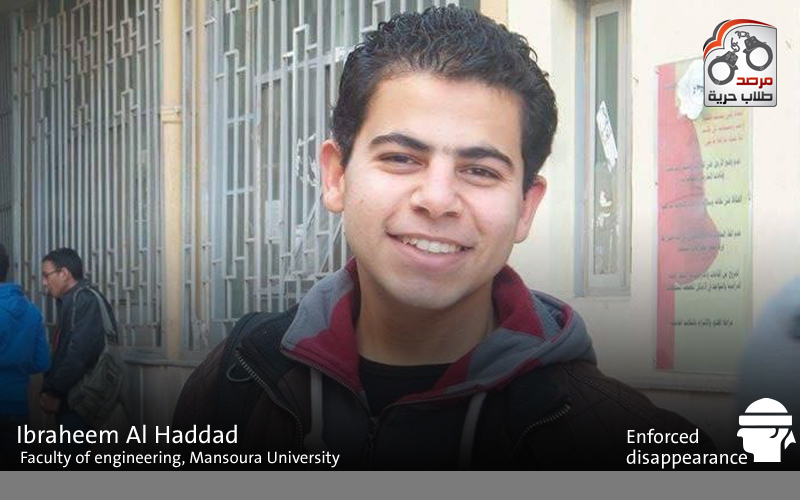 The national security forces detained the student Ibrahim Elhadad who is enrolled in faculty of engineering, Mansoura university, yesterday, Friday 28/8/2015 from his house and is still forces disappear him till this day , where they broke down the house and stole all the mobile phones.
What happened to the student came as a violation of the constitution, the law and all the national and international charts. Especially, what the subject 54 of the current constitution states “Freedom is a normal human right and it is preserved, cannot be touched unless in the case of flagrante, no one should be arrested, inspected, restricted or deprived of his liberty, only with a caused judgemental.
In another Violation the student enforced Disappearance is absolutely violating all laws and norms specially, the first article in the international agreement for protecting individuals from enforced disappearance, that stated that: ” It is not allowed to get an excuse from any exceptional circumstances such as War, war threat, internal political instability or any other circumstances to justify enforced disappearance.From our side we the  observatory of ” Freedom Seekers”  we put the charge of the student complete safety and security of the national security forces, specially after hearing news about exposing the student to torture in order to confess to some crimes he didn’t commit.