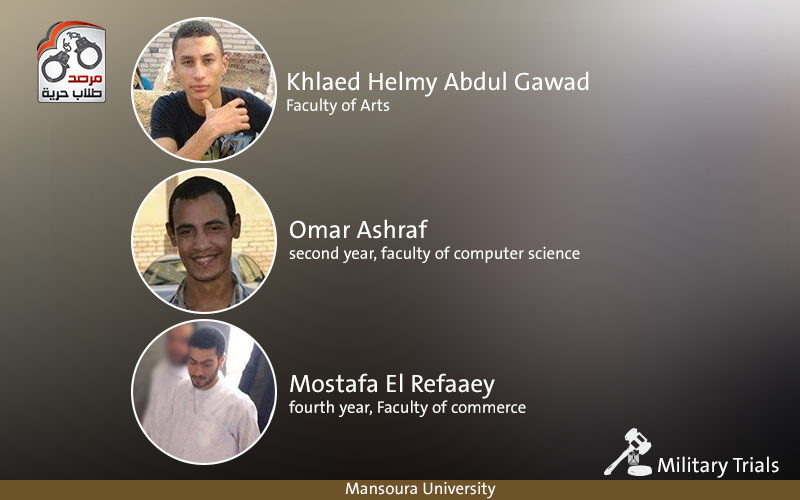 Students were arbitrarily arrested individually, Khlaed Helmy was arrested on the 2nd of June 2014 and stayed in custody until he was supposed to be released on the 10th Jan 2015, though the student wasn’t released.

Mostafa El Refaaey was arrested on the 23rd DEC 2014 from his house in a violation for item 58 of the Egyptian constitution that state that houses has their privacy and it is not allowed to storm them unless in emergency cases, now the student is arrested in Senbelawain police office,

and the student “Omar Ashraf” has been kidnapped after leaving the examination hall by members of the security forces in civilian clothes, on Tuesday 16/06/2015, and successively renewed for them until they were referred to the military court issue No. 141 of 2015 Ismailia on 2015- 3.