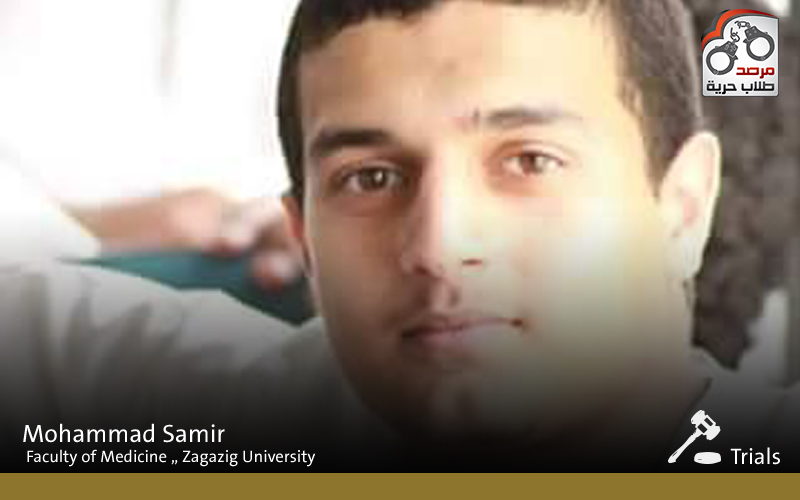 Military Court ruled in Ismailia ruled on Tuesday, 01/09/2015, to postpone the trial of “Mohammed Samir Mohammed” second year student at the Faculty of Medicine, for two weeks from the date of the meeting for a verdict in the case No. 69 \ 2015 military criminal Zagazig.

The student was arrested arbitrarily on the 11/12/2015 from the public transportation park in Abo Kebeer, he was accused of carrying a bomb to explode the park. He was tortured to admit this accusation. Also, he was prevented from taking his exams due to the difficulty of moving him and moving the exam tools.So, h e was forced to tear up his answering sheet.

The violations, the student faced were against human rights, specially the decision to refer him to the military judgement that came against the current constitution, article 97 “Judgement is a granted right” and stated that every civilian has the right to have a civil judge and exceptional trials are banned.