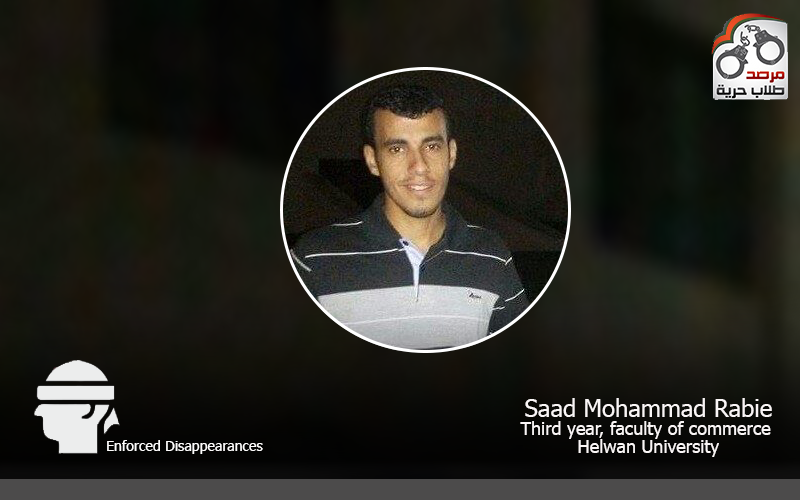 At seven in the evening on Sunday, 16/08/2015, security forces arrested “Saad Mohammed Rabeai ” third year student at the Faculty of Commerce, Helwan University arbitrarily without permission or a court order of th arrest, has also led him to an undisclosed location until this moment, to complete on Friday, 04/09/2015 the twentieth day under enforced disappearance, thus security agencies continue to refuse to disclose any information on the whereabouts student detention or even his fate.

It is worth mentioning that the student arbitrarily arrest and taken to an unknown destination is a violation to all international laws and conventions, including the Egyptian interior laws, as Article No. (54) of the current Egyptian constitution criminalized strictly arbitrary detention of any person if not caught red-handed, but in the case of a injunction MSP arrest, and the international Convention for protection All Persons from Enforced Disappearance criminalized in first article exposing anyone to enforced disappearance under any circumstances, which deliberately security devices on violating constantly student detained illegally for nearly twenty days and up to the minute.