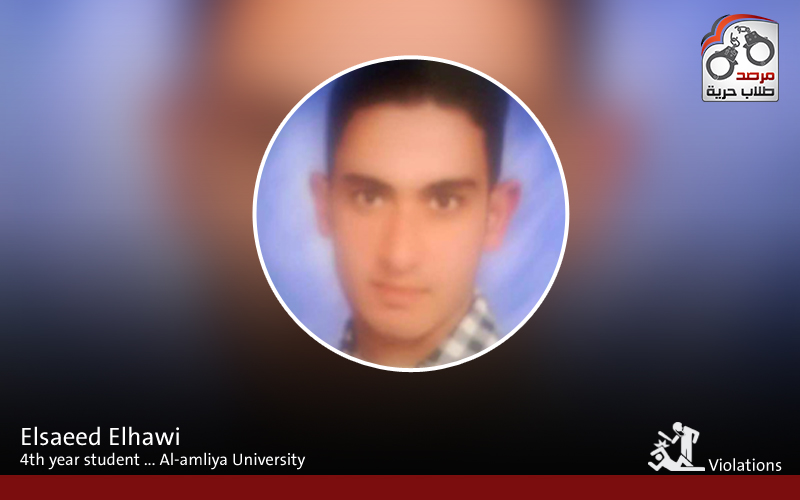 Burj Al Arab prison in Alexandria and Kafr Shaikh administration prevented the student  “Al-Hawi” 4th year at Al-amaliya university  to attend substance second role exams, which was due to be performed on Tuesday, 09/15/2015, states that this student did not come  attend the first round despite completion of all the necessary paperwork, and despite the overall approval of the performance of the student for the exam, but the prison administration refused his release except only in the presence of delegates from the court, as the court refused to send one of its members, has resulted in this intransigence that he did not attend the exams on time .

It is worth mentioning that the student has been arbitrary arrested in Ramses events on 08.16.2013 of the road while returning from a march, and the court issued ruling against him in prison for 10 years, then was challenged on the judgment and before this appeal is underway to convert the case in the other department to re trial or to confirm innocence.