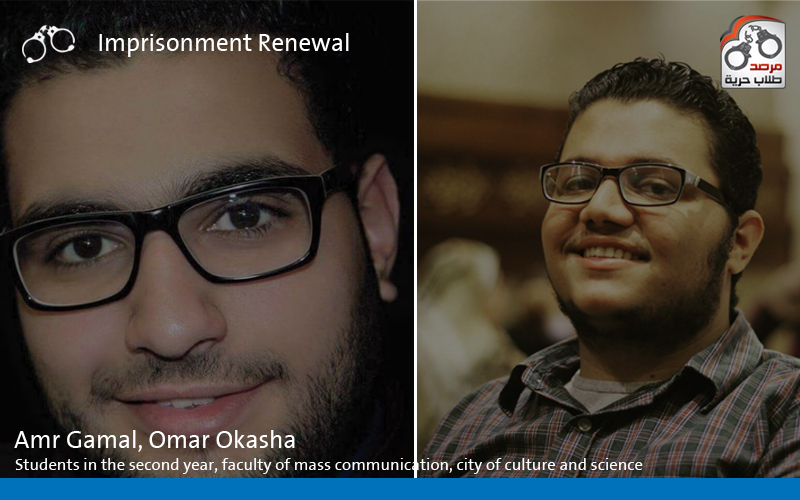 It was ruled on behalf of October second prosecution on Saturday , 03/10/2015 to renew imprisonment for second year students in the Faculty of Information in Culture and Science, for a period of fifteen days pending investigations, where the names of the students as follows: “Amr Gamal,” and “Omar Okasha”.

It is worth mentioning that on Saturday and Sunday 27 & 28 from June, security forces arrested two students: “Amr Gamal,” and “Omar Okasha” students second year studying media at culture & science university , and took them to an unknown location, where both 1st & 2nd October police station sections denied their presence,their 1st appearance  was during their presentation to the prosecutor on Sunday 05/07/2015, which ordered their  imprisonment pending investigations till this day.

What happened to the students of forced disappearance and torture  is a clear violation of the second paragraph of Article I of the International Convention for the Protection of Persons from Enforced Disappearances, which stipulates that: “it may not be invoked in exceptional circumstances whatsoever, whether a state of war or a threat of war, internal political instability, or in any case an exception the other, to justify enforced disappearances “.