Enforced Disappearance for Aswan University Student for more than a month. 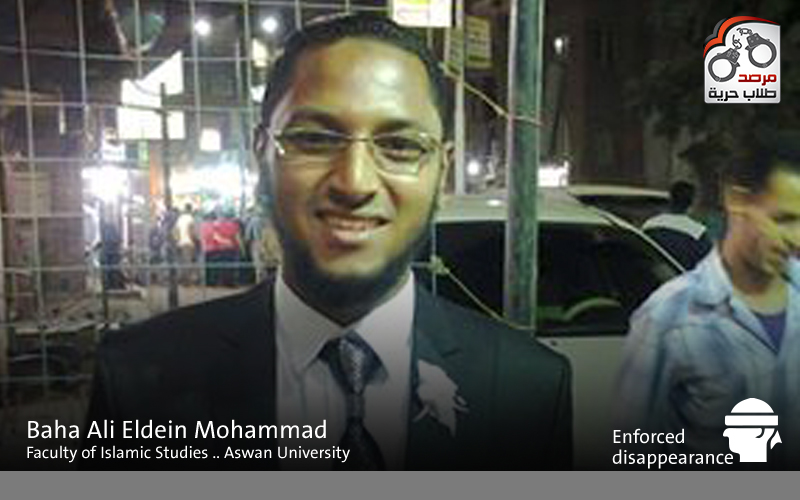 The security services in Egypt insists that there will be no end to the forced disappearances series initiated with students in  Egypt since the third of July, and even now, In a new violation of the security forces of kidnapping, “Bahaa Ali El Din Mohamed,” a student at the Faculty of Islamic Studies Aswan University, and that of a railway in Aswan while traveling to study on 9/26/2015, and has not presented him to the prosecution or inform his family or his lawyer about his whereabouts until this moment to be hidden now for more than a month under enforced disappearances.