Imprisonment Renewal for two Islamic studies students and their mother. 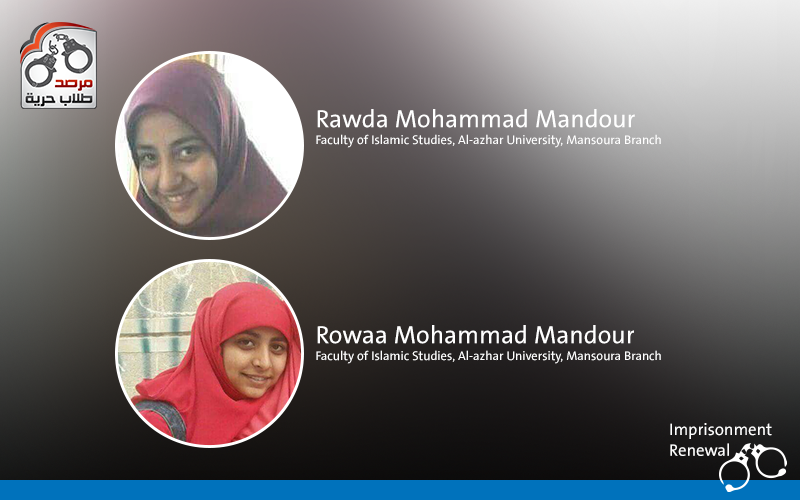 Moniyat Elnasser Prosecution decided on Wednesday 04/11/2015 to remain in custody two female students at the Faculty of Islamic Studies in Mansoura, and their names are : “Rawda Mohammed El-Mandour” second year student, “Rawa Mohammed El-Mandour ” first year student in addition to their mother Mrs. “Hasnaa”, and that for a period of fifteen days pending investigations of accusing them of possessing explosives.

Recalling that The security forces had surrounded their home in the village of “meet Kholi Moeam ” of the center Monia Elnaser in Dakahlia, at dawn on Sunday, 06/28/2015, after reporting that their a short circuit in their uncle’s house, so security forces broke into the house and searched without a permit or injunction reasoned, to then arresting the two students and their mother and took them to “Monia elnaser ” police station where they questioned them for hours before being presented before the public prosecutor that accused them of several charges, notably: possession of explosive materials, and possession of leaflets bearing against the current regime slogans, and that in case no 9783 the record number for the year 2015 of Monia El-nasser Center.