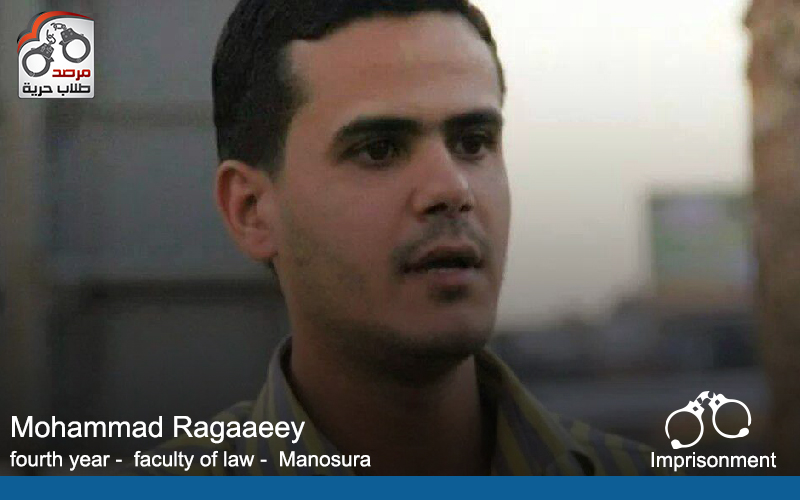 It was decided on behalf of first Mansoura court on Monday, 09.11.2015 to remain in custody, “Mohamed Farhat Rajaei” fourth year student at the Faculty of Law, Mansoura University, for a period of 30 days pending investigations.

The student was arrested arbitrarily on the 15/3/2015 and he was forcibly disappeared in the first Mansoura police office, aka, “the slaughterhouse” due to its bad reputation in torture. He was disappeared till the day before yesterday to meet the prosecution.

On Sunday, 28/03/2015, student appeared for the 1st time and was viewed by the Public Prosecution, which accused him of several charges, notably: Configuring a terrorist cell, possession of firearms (mechanism and cartridges), possession and detonating explosive devices and explosives, to sent him to 15 days pending investigation, and is worth noting that the student had been registered as a “runaway” in the relevant case number (2861 Mansoura administrative center for the year 2015.7008 of Mansoura Center for 2015 ) dated 22/03/2015, in spite of his arrest before that history for six days.