43 days of Enforced Disappearance for 6 of Oct University Student. 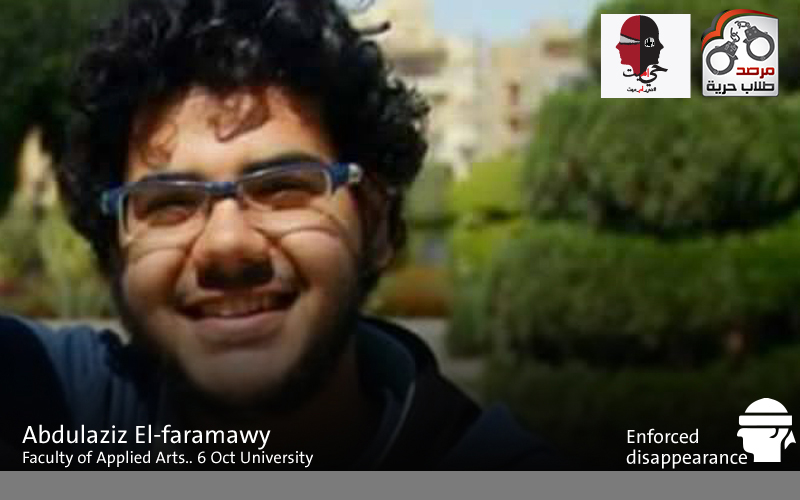 For 43 days in a row, the security forces continue to force hide, “Abdel-Aziz El-Faramawy” student at the Faculty of Engineering, University of October 6, which is contrary to all international norms and conventions, where security forces on Thursday, 01.10.2015 randomly and arbitrarily arrested the student without a permit or judicial order, and took him to an unknown destination until the moment form his relatives and lawyers.