Enforced Disappearance for Mansoura University Student for the 2nd day in a row. 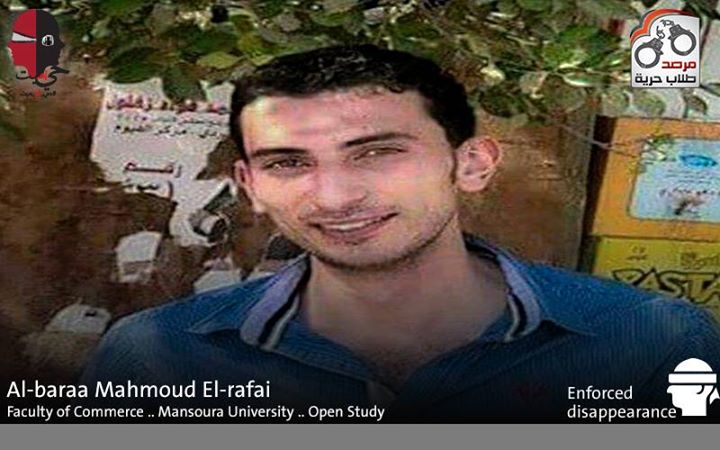 “Bara Mahmoud Rifai,” a student at the Faculty of Commerce Mansoura “open education” at the University, forced hidden for two days after he was arrested from his home on Thursday, 26/11/2015 from Kafr El-batekh in Damietta before being taken to an undisclosed location for any of his relatives and lawyers and without the announcement of his whereabouts until now .