Enforced Disappearance for Hilwan University Student after arbitrary arresting him 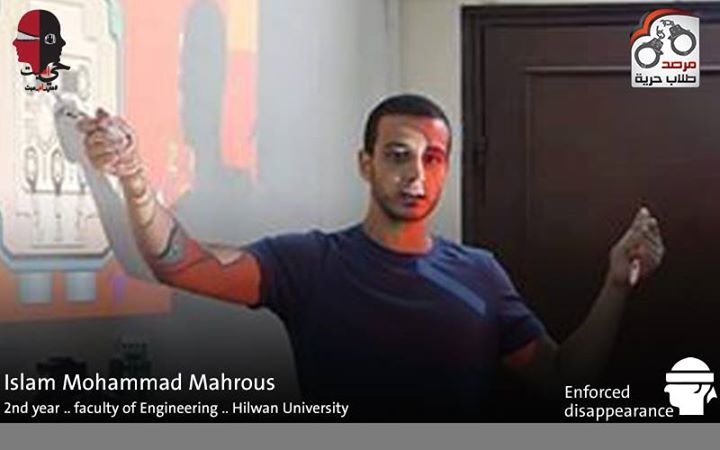 “Islam Mohammed Mahroos” second year student at the Faculty of Engineering Helwan University is forced hidden after he was kidnapped by members belonging to the security forces after his probation ended on Saturday, 5/12/2015 and then taken to an unknown location to any of his relatives and lawyers, and there is a large body of news about torturing him in Helwan police station before that section denied he arrested him and that contrary to all international human rights covenants stipulated by the current constitution for the 13th day in a row.