Temporary Imprisonment For Sallab University Student 15 days after being forced hidden for 4 days. 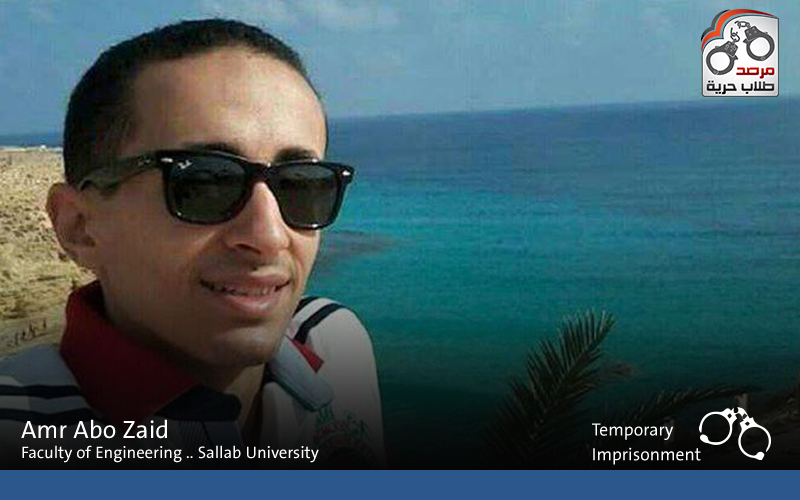 Mansoura court decided on Thursday 17/12/2015 to remain in custody, “Amr Abou Zeid,” a student at the Faculty of Engineering – Sallab University after being under forced disappearance for four consecutive days after being arrested arbitrarily without security clearance or a court order reasoned on Tuesday, 17/11/2013 after his university exam and was transferred to an undisclosed location to his relatives and lawyers.

The student arrest came contrary to the article 54 which states: ” Personal freedom is a natural right, shall be protected and may not be infringed upon. Except for the case of being caught in flagrante delicto, it is not permissible to arrest, search, detain, or restrict the freedom of anyone in any way except by virtue of a reasoned judicial order that was required in the context of an investigation, every person whose freedom is restricted shall be immediately notified of the reasons therefore; shall be informed of his/her rights in writing; shall be immediately enabled to contact his/her relatives and lawyer; and shall be brought before the investigation authority within twenty four (24) hours as of the time of restricting his/her freedom.’